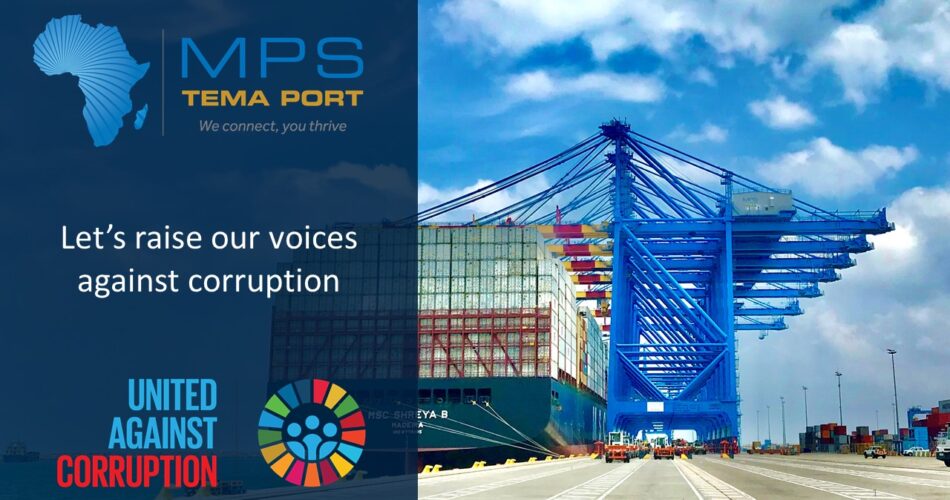 The final workshop to end the program involved senior and middle level management. This was coordinated by representatives of the 2 main shareholders, APMT and Bollore Transport and Logistics which are listed companies in Europe.

Delivering the keynote address, the CEO of MPS, Mr. Mohamed Samara, highlighted the integral role Compliance plays in business sustainability. “Compliance is one of the most important tools for sustaining companies as such I shall urge all of us to ensure that we take this training and all related actions very seriously. We should always remember that everything we do on a daily basis has some effect on the company. We must eschew actions that may look harmless and yet have grave consequences for us all, as individuals, the company, shareholders and the many stakeholders we serve. As management we pledge our commitment to ensure the culture of business integrity is upheld at the levels”.

Case studies of several companies that have had to pay huge fines which ended up in their collapse were examined and deliberated. Some were fined in millions of US Dollars for little amounts of grease money etc.

Participants were made to understand that International Sanctions apply when the FCPA, “Sapin II” Law, UK Bribery Act are breached even in Africa.

Participants during the sessions over the course of the year have been enlightened on topics  including corruption, bribery and its prevention, identifying risks in standard business operations, facilitation payments, gift policy, foreign trade controls, international sanctions, competition Laws and Corporate Social Responsibility (CSR).

So far more than 400 employees from the various departments in MPS have taken part in the training exercise while some stakeholders present in the port facility have received awareness on the aforementioned topics using practical scenarios and case studies.

The sessions were led by Mr. Frank Ebo Brown, the Head of Legal and Compliance who also emphasized on the need to understand various legislations like the “law on transparency, fighting corruption and modernising economic life”  referred to as the “Sapin II Law” and the need to work in compliance with the Company’s Code of Ethics. “Implementing an anti-corruption policy is a legal requirement” Mr. Ebo Brown said.

Meridian Port Services Limited (MPS) by virtue of its composition recognizes the Global Compact which enjoins participants in its tenth principle to avoid bribery, extortion and other forms of corruption as well as to proactively develop policies and concrete programs to address corruption internally and within their supply chains. MPS’s shareholders also subscribe to the Foreign Corrupt Practices Act (FCPA), UK Anti-Bribery Act and SAPIN II Law.

The training program is also in line with the 2020 International Anti-Corruption Day  theme-   ”United Against Corruption”. According to the United Nations, Every year $1 trillion is paid in bribes while an estimated $2.6 trillion are stolen annually through corruption – a sum equivalent to more than 5 per cent of the global GDP. In developing countries, according to the United Nations Development Programme, funds lost to corruption are estimated at 10 times the amount of official development assistance.